Living in Germany vs UK

Germany not only has the biggest economy in Europe, but it is also the most populous (barring Russia). It is an important country both culturally and economically, and many leading companies operate in and from the country.

So, it is only natural that a lot of British citizens are looking to move to Germany. In fact, the country is the number 1 destination for British professionals, and as many as a hundred thousand Britons currently live in the country.

So, how does living in Germany stack up with the UK? Is the cost of living higher or lower? How does the quality of life compare? Are there large cultural differences? Are laws and regulations the same? How about business and personal taxes -- how are they? These and more are questions that occur to every British person thinking about relocating to Germany.

In this article, we'll try to answer these questions and more. After you finish reading this article, you should have a comprehensive overview of what life is like in Germany, and what it'll mean for you and your family if you relocate there.

#1 Cost of Living in Germany vs UK

If you're looking to relocate to another country, the first thing you need to watch out for is the cost of living: the cost of living can vary extremely wildly between one country and another, and while the differences between Germany and Britain are small, they are still significant. So, how does the cost of living differ between the two countries:

A. Food and beverages

Food prices are similar in both countries, with the UK being slightly cheaper on average when it comes to basic food items. But Germany makes up for it by having cheaper options when dining out. Not to mention, alcoholic beverages are substantially cheaper in Germany, as they don't have a massive tax on alcohol the way Britain does. So, ultimately, you'll probably spend about the same on food in both countries.

Public transportation is infamously bad in the UK, especially long-distance transportation by train. We're happy to report that the situation is much better in Germany. Not only are they cheaper, but they are also more reliable. There's a flip side to this, however: if you own a car, you'll have to deal with higher gas prices in Germany. This could substantially increase your costs.

Rent usually takes up 1/3rd to a half of a person's income, so it is very important to learn how accommodation stack up in Germany compared to the UK, and we're happy to report that they compare extremely favourably. Your rent, on the whole, will be around 20% cheaper in Germany, and this can add up to significant amounts throughout the year.

There's one catch, here, as well: when it comes time to buy a house, you'll usually have to pay more in Germany than in the UK. The difference isn't massive, but just 5% more on a house ends up being tens of thousands of euros.

If you have children, you need to know the cost of daycare, childcare, education and more: and in all these areas, Germany handily beats the UK. Not only is private daycare much cheaper, but you also have a range of excellent government programs that aims to help parents. And once your child grows into an adult, they can apply to university for free, unlike in Britain.

#2 Differences in Quality of Life

Now that you have a general idea about how things cost in Germany compared to Britain, it is time to understand how your quality of life might be affected once you move to the country. Quantifying "quality of life" can be difficult, but we've tried to go over some key areas that most people will care about.

Access to services, be it healthcare, transportation, legal, or otherwise is very important. We don't usually notice them when we go about our daily lives, but they can have a significant impact on our comfort and our quality of life once they go missing.

Here, Germany is exceptional: not only is it known for its amazing healthcare, but whether it is transportation, legal, or any other services, you have plenty of affordable options in Germany. If you're prudent, you won't want for anything in the country. Generally, compared to the NHS's long waiting lists and the poor state of public transportation in Britain, we have to give the win to Germany here.

B. The Job Market

When you move to a place, you should always check the job market before you make your final decision. This will ultimately determine your livelihood, so it is very vital information. There's one mistake people regularly make, however: they lump an entire country's job market together.

In this article, we can't go over every job market and compare how Germany and the UK stack up against each other. It is important for individuals to do their own research in each relevant area and see how the countries stack up. For some industries, Germany will come out on top, for others, Britain might be a better place.

C. The Economy as a Whole

Aside from the job market, it is important to take a look at the economy as a whole: how is inflation? how are broader economic indicators? How are taxes? No man is an island, and even if you have a secure job or a successful business, if the economy is crumbling around you, it won't do you much good.

Germany is the biggest and most stable economy in Europe: both after the financial crisis and during COVID, it was one of the advanced economies that rebounded the fastest. The country's economy is extremely resilient and diversified, shielding it from a lot of turbulence. Britain, on the other hand, while not having a weak economy, does suffer from some structural problems, and this is why business owners generally have a negative sentiment regarding how things are going in Britain. So, here, we have to say Germany wins again.

Safety is one of the basic needs that everyone seeks: people want both their person and possessions to be safe and secure. This is doubly true if you're a woman or you have children, because women and children are generally more vulnerable.

So, how does Germany stack up to Britain here? Which place has more homicides, robberies, etc.? Will a woman feel safer walking around at night in Germany or Britain? Will your children feel safe in Germany? Will they be bullied in German schools?

Both in general and in big cities, crime rates are lower in Germany. Women report feeling safer walking alone in Germany than in Britain, and on the whole, German schools don't have a culture of bullying. So, your overall experience will likely be better in Germany. Of course, German cities, like any other city in the world, have their bad neighbourhoods. So, you should still steer clear of those. 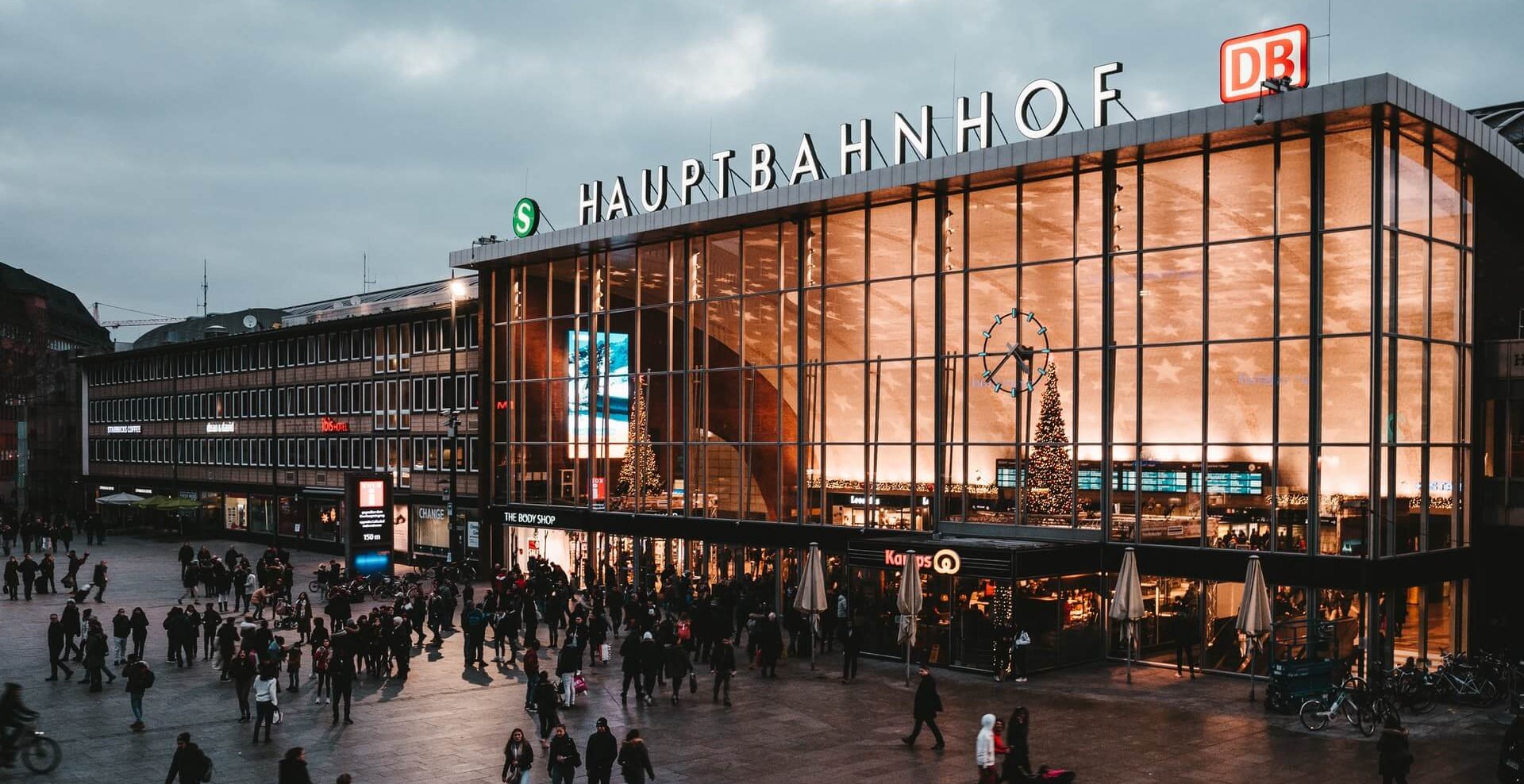 #3 Culture: How Do These Two Countries Compare?

Although both countries are in Western Europe, and they do share common Germanic ties more or less, the countries' cultures are substantially different. This reflects both in work, leisure, and food. Here, we'll go over some of the differences you might experience once you move to Germany.

You might have heard a lot of wild tales about Germany's work culture: from insane hours to unsustainable and unmatched work ethic and more. While some of this has a grain of truth to it, it is highly exaggerated on the whole. Although it is different from one industry to another, on average, Britons actually worked more hours than Germans in 2019.

So, what can you expect when you start working in Germany? Well, people do tend to arrive at the office earlier compared to Britons, and the environment at the office tends to be more formal, but beyond that, things are almost identical. Germans, unlike Britons, like to clearly separate between work and pleasure.

Although the two countries are only a short distance apart, Germany and Britain have developed wildly different cuisines. If you are not adequately prepared, you might experience some culture shock when you move there.

German cuisine has some key differences from British cuisine: it uses marinated meat more often, it has far less fish in it, and it makes use of broth more regularly. These alone make for some significant changes, but not only that, but the fundamental recipes each respective country use are different. Fast-food chains, however, are perhaps the only places that offer similar food in both countries, but we think that'll be cold comfort for most people.

Although the older generations are quite different, the culture is remarkably similar between Germany and Britain when it comes to social situations, but there are still some small differences:

While Germany and Britain are similar in many ways, they are also different in key areas. For people looking to move from one country to the other, it is important to know about the differences and keep them in mind as you establish a new life in your new home.

Is Germany Really More Expensive than the UK?

On the whole, accounting for differences in income and taxes, we can safely say Germany is relatively cheaper than the UK. The difference isn't massive, but it is definitely noticeable, especially when it comes to rent and transportation prices.

Can UK Citizens Live in Germany?

Is Germany's Economy Better than the UK?

Quantifying whether one economy is better than the other is hard, and projecting that strength into the future will add a lot of uncertainty. We can safely say, however, that most economists would probably consider the German economy to be healthier and more robust, especially after Brexit.

Is the German Language Hard to Learn?

Although German is infamous for being hard, this is merely a myth. German and English are remarkably similar, and there's a lot of vocabulary that caries over from English, simply due to the Germanic roots of both languages. You should be able to learn the language to an adequate level in less than a year if you give it sufficient attention.