Is Germany a Good Place to Live? 7 Reasons to Move There

Germany is a destination of choice for foreign professionals and digital nomads alike. Divided into 16 federal states, it is the pre-eminent country within the European Union. As one of the world's leading economies, Germany is a major exporter of heavy equipment, vehicles and chemicals and has a highly skilled workforce.

The country has exceptional infrastructure, and amazing human capital, and is one of the most attractive places to foreigners. afford to offer generous social protection. If you are still not convinced, we'll explore a few reasons why Germany is a wonderful country that you absolutely should consider if you want to emigrate.

Germany has become a particularly attractive job market for foreign workers in recent years. With a steadily declining unemployment rate and a rapidly recovering economy since the economic crisis of 2009, it is now the most popular destination in Europe for professionals. With growing industrial production, significant exports worldwide, and quality working conditions, Germany remains an attractive destination for those wishing to start or continue a career abroad and build a solid future in their field.

Unemployment in Germany is around 5 per cent of the total working population and is mainly concentrated in rural and eastern parts of the country. In addition, the country remains among the countries in Europe with the lowest unemployment rate, even after the COVID pandemic. Germany's major cities, such as Berlin, Munich and Frankfurt, are home to most of the country's economic activity and a large proportion of its workforce is in the service sector. Germany has the fourth largest economy in the world.

In most sectors, fluency in German is essential, unless you are working for a multinational company (in which case basic knowledge is required), in the agricultural sector or unskilled labour. Good knowledge of English or other European languages is also desirable if you wish to work in a large export-based company. The best job opportunities are in the service, agriculture, health and social services, manufacturing, chemical, and electrical sectors.

Producing thousands of highly skilled young professionals each year, the German education system is world-renowned for its quality and efficiency. While many students do not continue their academic careers, most of them enter the workforce at an early age, which allows them to further develop their skills.

German children attend elementary school or Grundschule until the fourth grade. At the age of 10, they have the opportunity to choose, along with their families, from different types of schools based on their academic performance, personality and talents. This means, if you are moving there with your children, you can be sure they'll get the best education possible and can follow their dreams.

The many types of schools available include the Hauptschule provides access to vocational training as well as part-time internships in a specific field. The Realschule is also based on vocational training while the Gymnasium prepares students for higher education with a demanding academic program. There are also other types of schools in Germany, such as the Sonderschule, which caters to children with special needs with trained staff and a small ratio of students to teachers. Boarding schools, on the other hand, specialize in music or sports and may have an all-male or all-female presence.

Regardless of the type of school you choose for your children, you can be sure they'll have a great learning experience. Not only that, but expatriates can also benefit from the German education system to further integrate into the German culture. However, it is important to note that only international schools offer courses in a foreign language. You have to speak German if you want to enrol in a local school.

Tickets for buses, streetcars, subways and commuter trains can be purchased either from ticket machines on the platforms or streetcars or directly from the bus driver. Fares vary according to the distance to be travelled and are calculated according to the "Tarifzonen" fare zones. It is not always easy to use ticket machines. If you don't understand everything, ask someone else who is buying a ticket. Passengers without a "Schwarzfahrer" ticket will pay a fine of at least 30 euros on the bus or subway.

Longer trips are made with the German railway company, Deutsche Bahn (DB). The DB discount system is complicated, but when used correctly, it can save you money. Tickets purchased several days in advance are often cheaper. A second person accompanying you pays only half the fare. Children under 15 years of age travel free when accompanied by their parents or grandparents.

If you travel regularly by train, we recommend that you buy one of the discount cards (BahnCard) offered by DB. Depending on the card, you will receive a 25% or 50% discount. It is best to know the departure and return dates of your journey in good time. By combining the various discounts, the train becomes a relatively economical means of transport.

Deutsche Bahn also offers other preferential fares, such as the "Schönes-Wochenende-Ticket" (weekend ticket), the "Länderticket" (regional ticket) and the annual or monthly ticket. The "Interrail" ticket allows young people under the age of 26 to travel throughout Europe for one month for the sum of 300 euros.

The German social welfare system ranks 12th in the world thanks to its capacity and efficiency. This is one of the reasons why Germany is such an attractive destination for foreign retirees. Recent amendments have raised the minimum retirement age in Germany from 65 to 67 for those born after 1964. If you have worked in Germany and contributed to the social welfare system for at least 60 months, you are eligible for a government pension.

Excellent social protections and health insurance are what propel Germany forward into one of the best countries in the world. If you're planning to move to a foreign country, then you need to choose one with good social benefits and a healthcare system.

Daily expenses in Germany are less expensive compared to many places in the Western world, but some items are more important in a household's expenses. This is the case for housing, which accounts for up to half of the income! The costs for moving and settling will therefore make the biggest chunk of your budget. To prepare for your move to Germany, do not hesitate to request several quotes from qualified moving companies and compare the offers.

Accommodation costs in Germany are higher and the regulations stricter. The tenant is, for example, required to respect the lease and co-ownership rules under penalty of being evicted. Agency fees correspond to 2 months' rent excluding charges and the security deposit can represent up to 3 months' rent (excluding charges). Be aware, however, that the owner will have to pay you the deposit with the interest collected during the rental period.

With that being said, overall, In Germany, the cost of living is relatively lower than a lot of Western Europe, even though wages are higher there. The average gross salary in Germany is about 20-25% higher than the average salary in France for example.

#6 Help is Always There in an Emergency

Generally speaking, Germany is a safe country with very low crime and accident rates. However, it is imperative to know what to do in case of an emergency. In case of need, the number to dial is 112 which will connect you to either the police, medical services or the fire department. While most essential services have bilingual staff, some knowledge of German is recommended, especially for communicating your name, address and phone number in case of an emergency. If necessary, you can always ask a friend or an acquaintance for help.

According to German law, the emergency services are obliged to arrive at the scene where they are needed within 10 minutes of your call depending on the situation. This speaks to just how efficient the system is. If you are ever living in Germany, and you want to rely on their emergency services, you can rest assured knowing you're in good hands.

In terms of culture and local life, Germany is a very modern country with a strong artistic and cultural scene and a good work-life balance. The country is also very oriented towards ecology, with many parks, and resolutely open to alternative lifestyles. Germany is also a country with its traditions and festivities, including the Oktoberfest beer festival, which is celebrated throughout the country in October. And we can't forget about the Christmas markets in eastern Germany that are more enchanting than anywhere else in Europe. 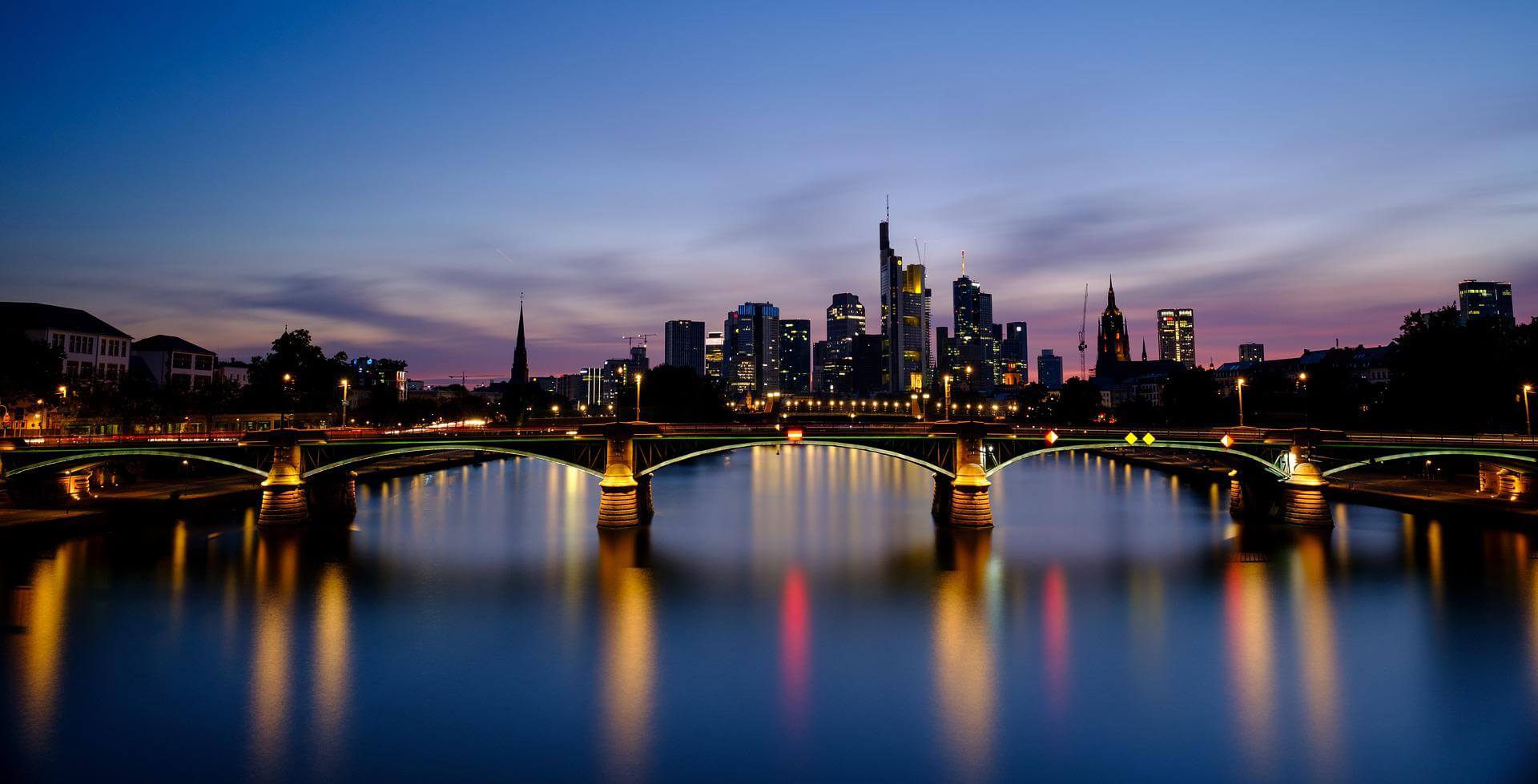 Is moving to Germany a good idea?

Germany opens its arms wide to highly qualified expatriates with very competitive salaries and good quality of life. Germany is the engine of Europe and rightly so since it is Europe's leading economic power. Germany has also been the world's 4th economic power for about ten years. This flourishing and hyper-competitive economy is one of the main attractions of the country, which, moreover, faces a shortage of skilled labour. To move to Germany, use a moving company for a better experience taking care of your relocation from your current home to your new accommodation.

What are the disadvantages of living in Germany?

Like everywhere else, there are disadvantages to living in Germany:

What are living costs in major cities in Germany?

Compared to Europe, Germany is not very expensive. The costs for food, housing, clothing and cultural offerings are slightly above the EU average. As an example, on average, students in Germany spend about 850 euros per month on living expenses. The most important part is the rent for the apartment. If you are planning to move to Germany to work, you'll spend more, especially if you move to one of the major cities.

Is the German language necessary to move to the country?

While there are some notorious German words infamous for their difficulty and length, the language itself isn't that difficult once you get the basics down. What's more, a lot of Germans can speak English, so you should get by just fine living in Germany if you don't speak the language. Note, however, that if you want to work in German companies and make German friends, it is usually better to learn the language.