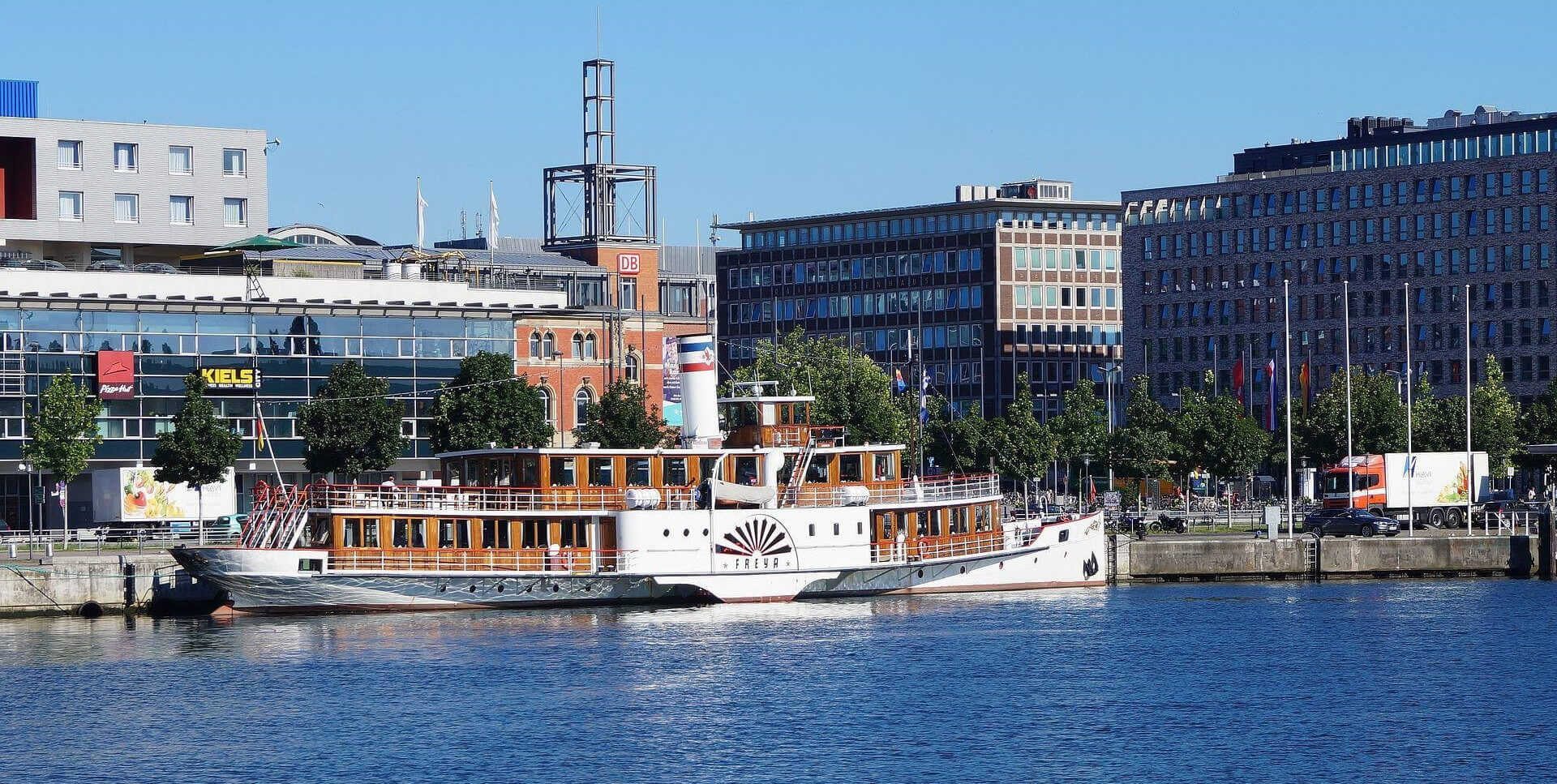 Best Places to Live in Germany

Moving to Germany is very exciting - the country has many advantages to offer expatriates: located in the heart of Europe, good quality of life, low cost of living, and job opportunities; There are many good reasons to move to Germany.

While the decision to move to Germany is relatively easy to make, it is sufficiently harder to choose the right city to live in. There are many beautiful German cities to choose from, and people often find it hard to choose one. In this article, we'll go over the best places to live in Germany and everything you need to know about them. Continue reading and you might just find your next home.

Looking to move to Berlin? Located in the north of the country, Berlin is the capital of Germany. With 3.5 million inhabitants, it is the largest city in Germany and the second largest city in Europe. A world-class cultural city, Berlin is very popular with expatriates from all around the world, and it is usually the first destination foreigners move to.

Founded in the 13th century, Berlin is a city steeped in history. It was successively the capital of the Kingdom of Prussia, the German Empire, the Weimar Republic and the Third Reich. Split in two after the fall of the Berlin Wall until the reunification in 1989, Berlin became the capital of the reunified Germany in 1990 with the gradual reinstallation of federal institutions.

Since then, the city has regained its splendour and is now a leading international city that welcomes nearly 12 million visitors each year, almost half of whom are foreigners. Moving to Berlin is not difficult in itself, but it is necessary to prepare in advance to avoid unpleasant surprises.

First of all, it is good to know that Berlin is a relatively large city. When you start looking for a place to live, it is best to target specific areas to limit your travel in the future, for example, to get to work or to drop your children off at school.

Berlin's real estate prices are among the lowest in Germany, which is rare for a capital city. It costs less than a thousand euros to rent a studio apartment for you and your partner, which is substantially cheaper than other EU capitals like Rome and Paris. If you want to buy, the average price per square meter in the city centre is about 4,100 euros, 55% cheaper than in Paris.

The Job Market in Berlin

Originally an industrial city, Berlin has suffered from periods of economic slumps in recent years, and for a period, its unemployment was substantially higher than the national level. But in recent years, it is important to note that the city is constantly improving. Indeed, Berlin also enjoys an important entrepreneurial dynamism since it is the German city where most companies have been created since 2006. Unemployment today is one of the lowest among EU capitals. Berlin is also the city with the largest economy in Germany, handily beating its competitors like Munich and Hamburg. 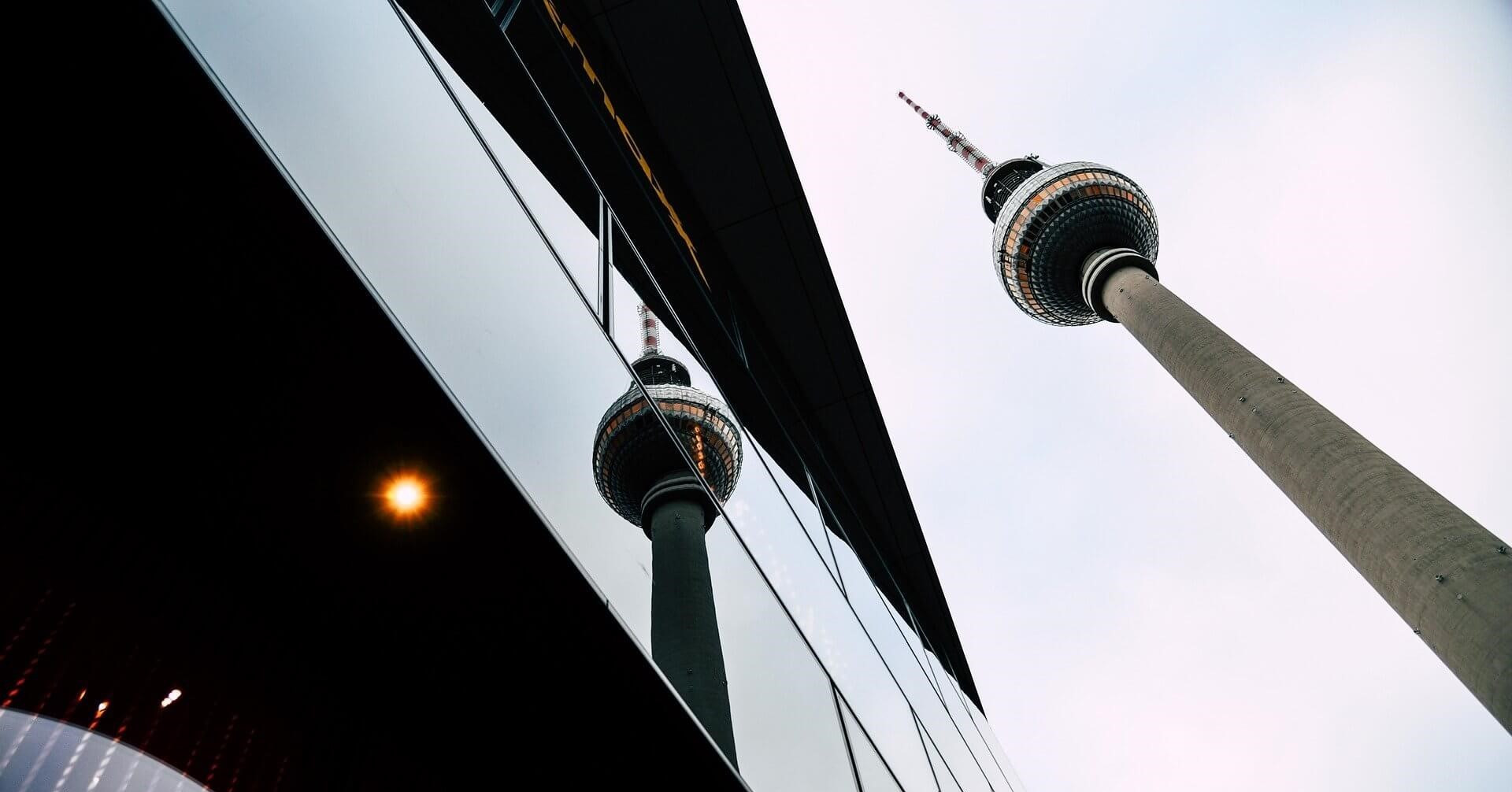 Hamburg is the second largest city in Germany, and thanks to its 1.8 million inhabitants, it is a large centre for business and commerce. Located in the north of Germany, its port is the largest commercial port in Germany and the third largest in Europe after Rotterdam and Antwerp. Hamburg is a very attractive city, especially in terms of work, with many large companies headquartered in the city.

To help you in your search, look for ads online. However, be careful to check if the apartment is furnished or not and if the rent indicated includes the charges (Warmmiete) or not (Kaltmiete). Searching for an apartment usually takes time and preparation, so it is important to start early.

The Job Market in Hamburg

The labor market in Hamburg is quite dynamic. The presence of large multinational companies in Hamburg is a real advantage for foreigners who wish to expatriate to Northern Germany. The country has a shortage of skilled personnel in many areas, and if you have the necessary experience, you will easily be sought after by recruiters of these companies.

A major number of jobs is concentrated in the maritime economy due to its large commercial ports. There are also many opportunities in the aeronautics and aerospace fields. Due to the presence of Airbus and Lufthansa, Hamburg is the 3rd largest civil aviation centre in the world. If you love the sea or the sky, you know where to move in Germany. 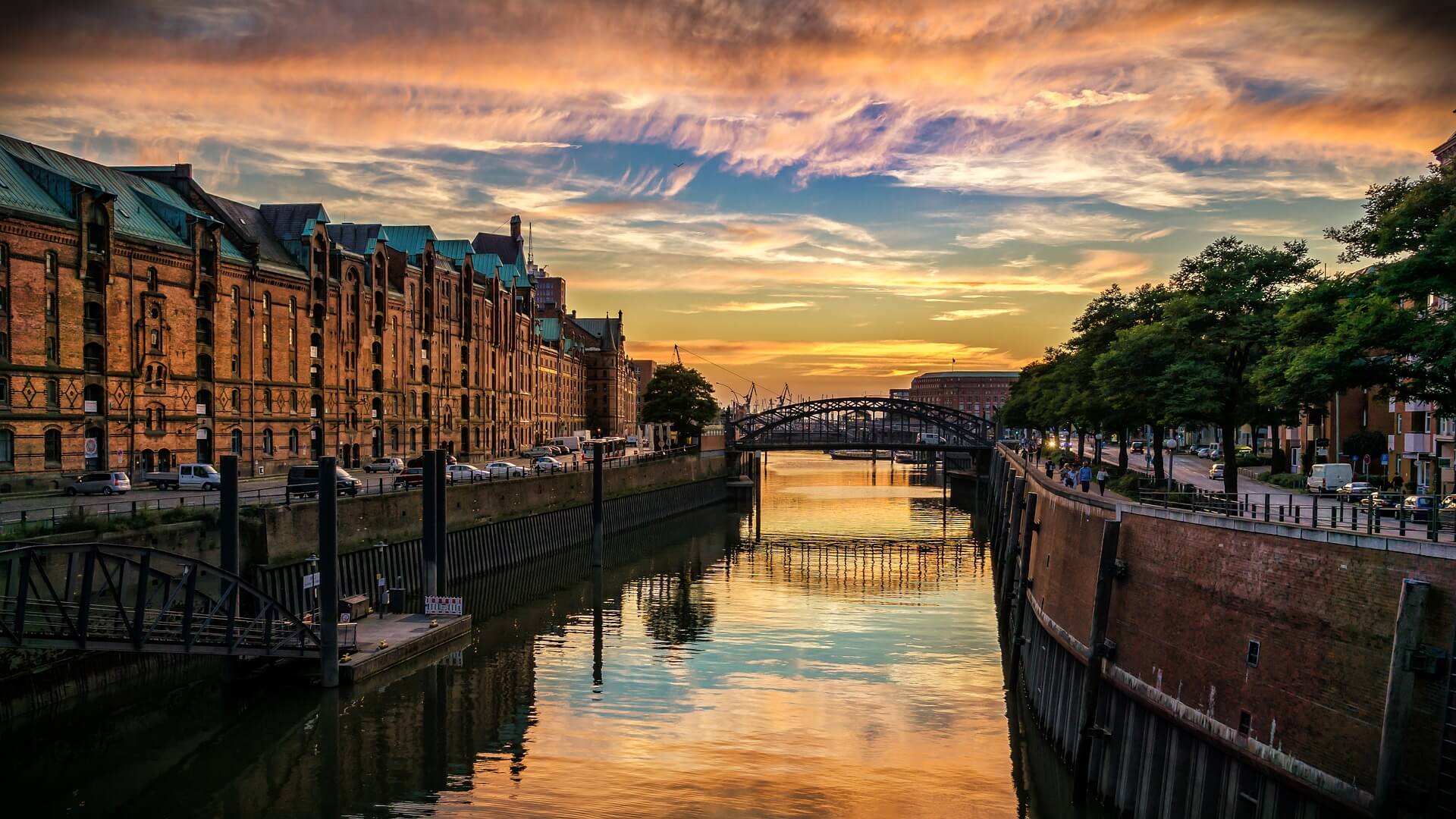 Frankfurt is a large city of 700,000 inhabitants, and yet there is a feeling of organization and purpose. The city centre offers magnificent glass skyscrapers and excellent public transportation. The Main gracefully flows through the city, and its banks are laid out as a promenade for several kilometres offering inhabitants an amazing place to chat, picnic or row in the summer.

The city center is built around the Römer (town hall square) reconstituted as it was in the Middle Ages, where you can find inns, museums, the cathedral and often open-air festivals. And these are generally emblematic of the city as a whole: It is a place where the old meets the new. It is where commerce meets art. These make Frankfurt among one of the best cities in Germany, and perhaps all of Europe.

You have just found a job in Frankfurt and are looking to rent an apartment or a house? Not easy with the housing crisis that has been growing in Germany over the last few years. Where should you really move once you arrive in Frankfurt? To the city center where rents are more expensive but commuting is easier, or would you rather move to the outskirts with much lower rents but longer commute times?

The decision is far from easy, and sadly, there are no easy solutions. It depends on your family size, it depends on where your job is located, and it depends on how much you make. Based on these variables, you should make a compromise and try to find a place that is safe, accessible, and comfortable without breaking the bank.

The Job Market in Frankfurt

Home to the European Central Bank and the German Central Bank (Bundesbank), Frankfurt is considered a powerful financial epicentre. The city naturally attracts foreigners looking for professional opportunities and is the starting point for many parts of Europe.

Industries flourish in Frankfurt and are led by finance, logistics, the creative industry, information technology and telecommunications, and the life sciences. The information technology and telecommunications sector is booming and offers some of the highest-paying jobs. You'll find many German and foreign companies in Frankfurt, and the city is also home to DE-CIX, the world's largest high-speed Internet exchange point. 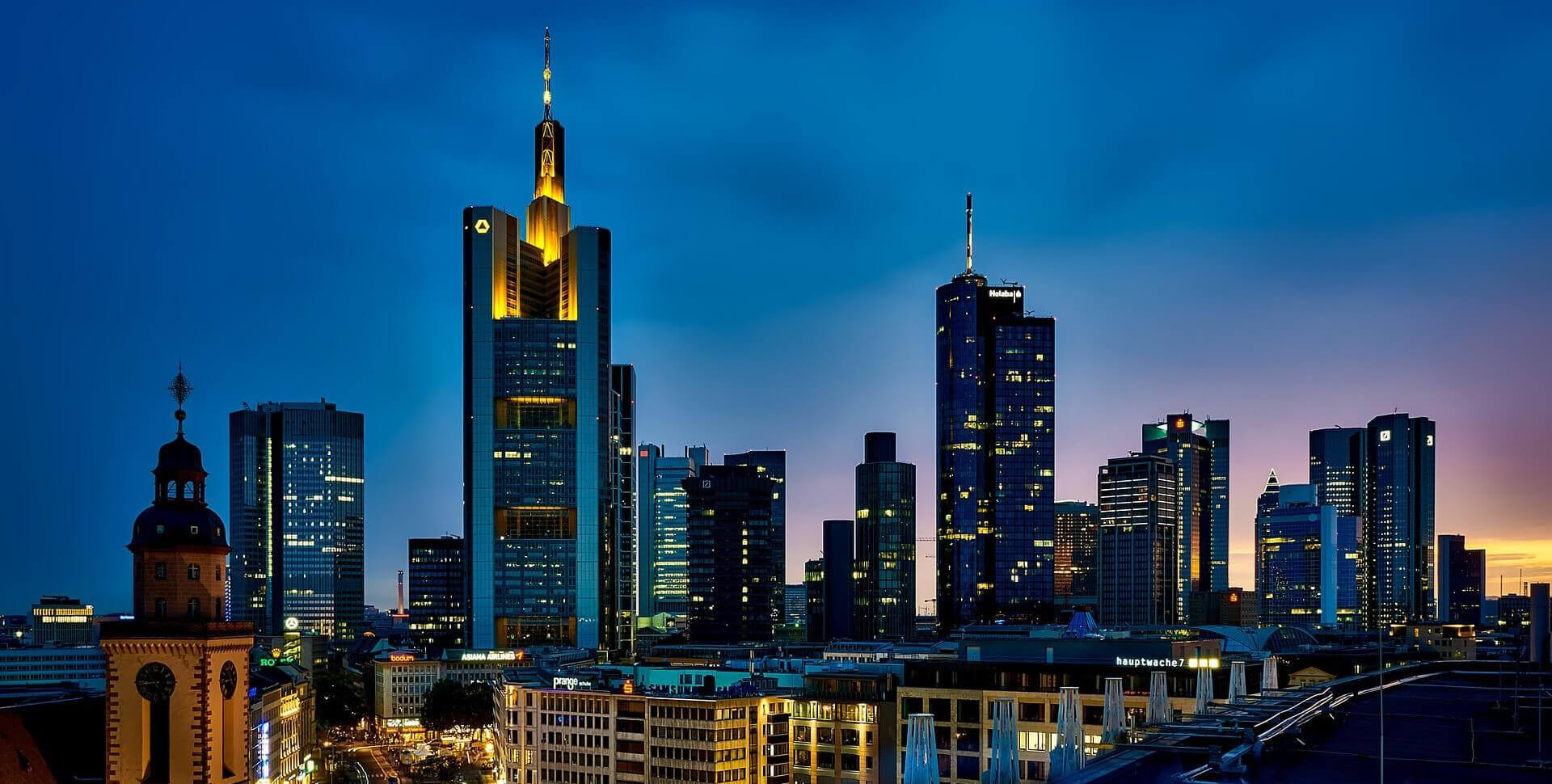 Munich, Germany's third largest city and capital of Bavaria (and beer), is located in the south of the country and has a population of nearly 1.5 million. This popular destination for expatriates hosts many international events and has a rich historical and cultural heritage.

Between tradition and modernity, Munich describes itself as the German Silicon Valley. The people of Munich love to stroll through the streets: taking your time and enjoying the scenery is part of learning to live in this city.

Far from typical, Munich is a city where life is good. High quality of life, access to amenities, and excellent infrastructure all make the city practical and accessible. Historical monuments, festivals, traditional dances and costumes, and world-popular cuisine are all good reasons to move to Munich.

Munich is a green city with many parks. It is pleasant to live in. Finding an apartment should not be difficult. Regulations limiting construction are limited and the rental market is dynamic. You will need to budget for accommodation as a one-bedroom apartment in the city center costs an average of 1000 euros. In the suburbs, rents are more affordable and the neighbourhoods are well served by public transportation. You can use a real estate agent or look for ads on the internet on specialized websites to find a place suitable for you.

The Job Market in Munich

The labour market in the Bavaria region is very dynamic, in fact, the unemployment rate is one of the lowest in Germany. Munich is home to the headquarters of many multinationals in the industrial sector such as BMW and Siemens and the financial sector such as Allianz.

Engineers are sought-after in Munich, and start-ups are actively hiring in the city. Construction jobs are also in demand, as real estate in Munich has been booming for several years. To work in Munich, English is sufficient, but a basic knowledge of German is appreciated. 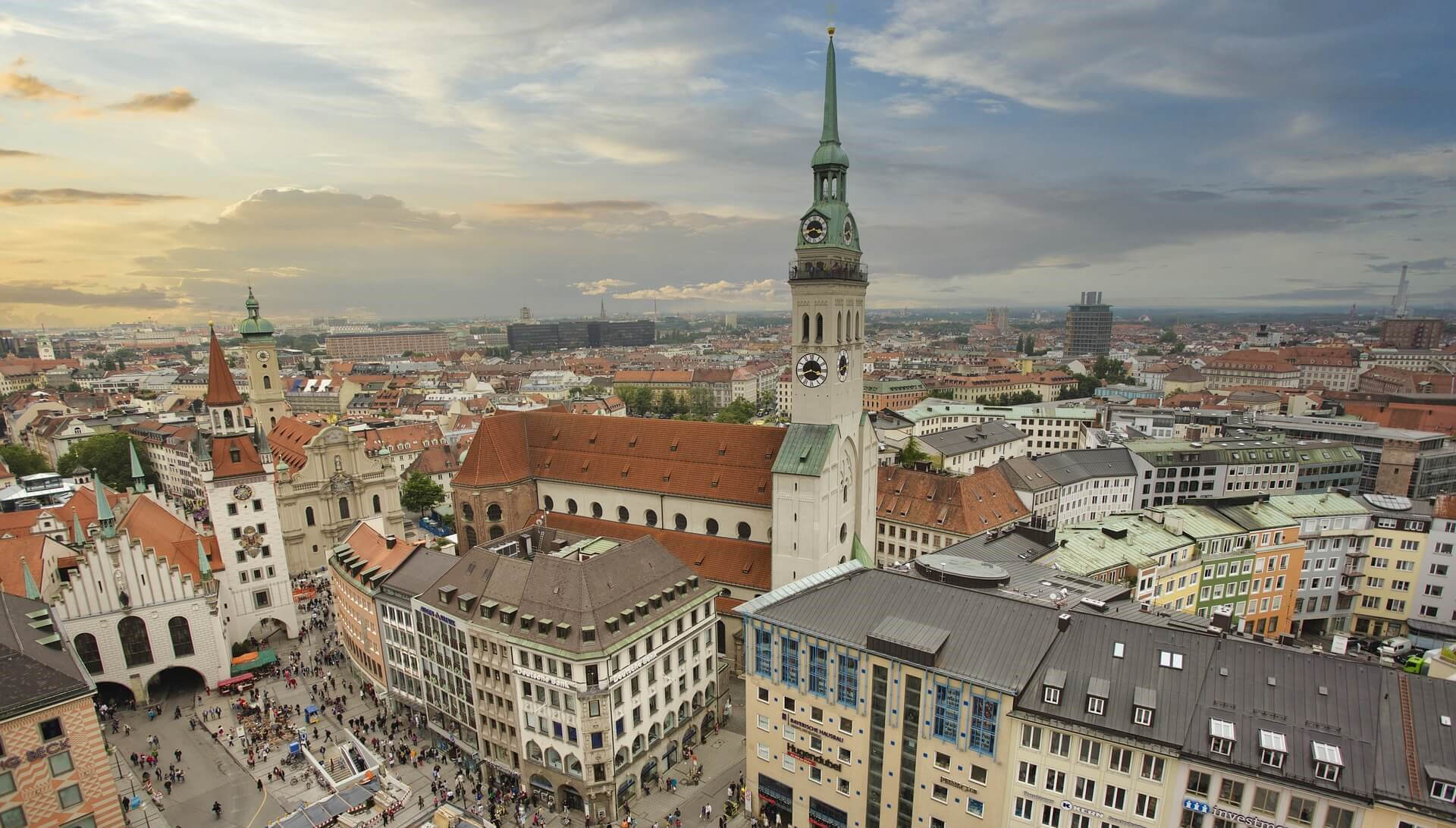 Which is the Safest City in Germany?

Generally, German cities are incredibly safe, and whether you choose the German capital or other cities, you should have a great time there. Not only for tourism, but living, raising your children, and building a life in the major cities of Germany is going to be a treat.

Like everywhere else, some cities in Germany are safer than others. Like almost everywhere else in Europe, the larger cities like Berlin, Frankfurt, and Munich generally experience more crime per capita while crimes rarely happen in a small city. That being said, even the German city with the highest crime rate is still exceptionally safe.

Where Do Most Foreigners Live in Germany?

A lot of foreigners choose to live in Germany. This is because of its excellent career opportunities, its green spaces, its amazing public transit, and more. When foreigners move to the country, they usually move to the biggest cities, and that's why, today, you'll find most foreigners living in Frankfurt and Munich.

This doesn't necessarily mean they are the best German cities to live in, however. Munich is the most expensive city in Germany. You should be open and look at your options in both West Germany and East Germany before deciding on a city. And if you're having trouble, you should read our excellent article on the best cities in Germany to live in.

Which City in Germany is Best for Foreigners?

If you're planning on living in Germany, you should start by choosing a city. The best cities to live in will depend on a few factors: your skills, your budget, your family size, your purpose in relocating to Germany, and more. These will decide whether a port city, a vast city, a small city, or a big city will be right for you.